Political parties back our campaign 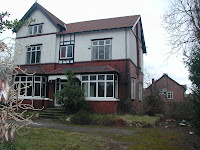 We are delighted to announce that the Labour party has objected to the current planning application for 85 Broad Road. In addition, the Labour party has told us of their ongoing concern for the deteriorating condition of the property that they have voiced for some time now.

We are also delighted to have support for our campaign from the Conservative party, who have told us that they do not support the building of flats on 85 Broad Road. They also told us they will support residents in “opposing unreasonable developments”.

With support from two major political parties, it is hoped our campaign will have the success it deserves.

"...The Labour Councillors for Priory Ward have been concerned about the deteriorating state of this house for some time. However, we have objected to the current planning application as the proposed development is far too large for the site, will cause a loss of privacy and amenity for neighbours and may set a precedent for further developments which will change the character of this area..."
Councillor Barry Brotherton, Labour